16:48
The Only is the third EP released by Dua Lipa. It was released as a Vinyl Exclusive through Urban Outfitters on 21 April 2017. It contains 5 tracks including 4 pre-released singles and an exclusive track.

On March 1, 2017, Dua Lipa announced on social media that she had made an exclusive EP for the United States that would be available online at the Urban Outfitters store. The vinyl was limited edition with only 1,500 copies. All the copies sold out within hours of the announcement. 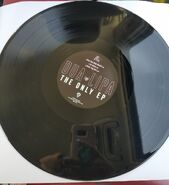 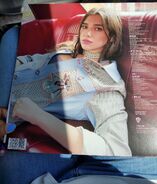 Back of the vinyl cover.
Community content is available under CC-BY-SA unless otherwise noted.
Advertisement